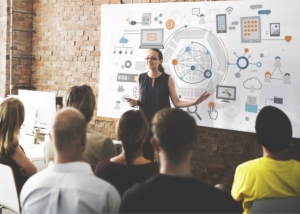 Based on our conversations with Software-as-a-Service (SaaS) companies based in London, it’s clear that there’s a misconception that R&D Tax Credit claims can only be made by companies that have a laboratory filled with test tubes and white coats and, preferably, a patented product.

It’s true that R&D has a specific definition for the purposes of R&D tax relief which is not the same as commercial, engineering or accounting definitions.

However, it simply isn’t the case that only “white coat” scientific research meets HMRC’s definition – and we’re keen to break this myth.

By the end of this article you’ll understand:

This advice is not based on hearsay, or even discussions with HMRC inspectors. Instead, it’s based on practical knowledge, built up over the years, used to successfully handle hundreds of R&D tax credit claims for our clients.  This includes some clients that had previously been told to dismiss the idea. 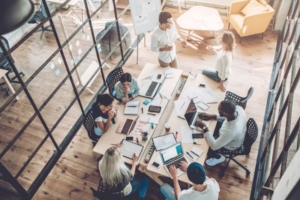 Over the past two years, the number of new technology companies launched in the UK increased by 80%. The main driver of this growth was London. This growth has in fact exploded over the past ten years, with the UK’s technology sector now estimated to have a value of more than £180 billion.

HMRC recognises that this growth is largely due to the ability of London’s SaaS companies to approach problems with an innovative mindset and looks at problems through a new lens – the very essence of research and development.

Coupled with this, the UK government is keen to avoid “brain drain”, with talented developers leaving for destinations that provide may offer greater incentives, such as Silicon Valley.

For these reasons, the UK’s generous R&D tax credits scheme is available to technology firms, ranging from tech startups all the way through to the country’s most prestigious names.

What is eligible for R&D for a SaaS company?

The overall requirement that HMRC sets out is that a SaaS company that seeks to make a claim has undertaken development work that involved overcoming difficult technological problems. This development work could include creating new (or improving existing) products, processes or services, or even duplicating existing solutions but in a new way.

It can be helpful to delve a little deeper into HMRC’s guidance, which sets out four criteria that a R&D-seeking company should consider. These are:

The fourth criteria – that of technical uncertainty – is, in our experience, the most productive way of trying to weed out the would-be claims that are likely to fail. After all, if your CTO, developer, etc didn’t need to pause and consider how to overcome the challenge the project posed, it doesn’t sound like it was truly advancing capabilities.

Judging which projects and activities will qualify for R&D tax relief is usually the area where most people seek help. Experience has shown that companies can benefit from HMRC’s early involvement. There is information about our Advance Assurance scheme, which helps with these issues, later in this guide.

What R&D costs qualify for a SaaS business?

This is not an extensive list but here’s the main costs that a SaaS business would likely seek to claim for a R&D project:

Unfortunately, its not possible to claim R&D relief for the commercial production of the SaaS service, any capital expenditure incurred, or payments for patents or trademarks (as these are the cost of protecting the completed R&D).

How does my SaaS business claim R&D tax credits?

R&D tax credits are claimed via a company’s corporate tax return (called CT600) after the end of an accounting period.

There isn’t a predefined format or schedule that a company should use for this exercise. Instead, HMRC asks companies to provide the information that it considers necessary to support the claim.

Metric Accountants has, over the years, developed a format – which we call a Technical Document – that covers the main areas that we know HMRC want a company to document and what support is necessary.

Once the tax return and supporting information have been submitted, you’ll have to wait until an HMRC inspector has reviewed your submission. The turnaround time varies depending on how busy HMRC are. Currently, HMRC wait times average 6-8 weeks between the tax return being submitted and the tax credit being paid.

If the tax inspector raises questions or concerns, you’ll need to address these. If the HMRC inspector is happy with your submission, the corporate self assessment tax return is filed and the tax credit paid to the company’s nominated bank account.