Incentivise your team by using an EMI Scheme

Employee share option arrangements come in many different forms but all are designed to do the same thing – to encourage share ownership amongst your employees to ensure that they have a vested interest in the Company’s success and incentivised to maximise shareholder value.

Depending on your company’s particular situation and organisational structure, you can choose to set up an “approved” or an “unapproved” share option scheme. The difference between the two is simply that approved schemes meet the requirements set out by HMRC to qualify for certain tax perks, whereas unapproved share option plans do not.

It goes without saying, provided the approved scheme provides the flexibility your company needs, you are more likely to choose an approved share option plan.

Of the many different approved share option schemes available, there is one which is the most tax advantageous and therefore most incentivising for your employees. This is the Enterprise Management Incentive Scheme (or “EMI” for short).

EMI comes with one distinct tax advantage: it means that if the company has increased in value between the time of grant and exercise the uplift is received tax-free by the employee

What is the enterprise management incentive Scheme (EMI)?

The EMI scheme supports employee retention and increased productivity in your company by allowing your employees to obtain shares without incurring income tax or national insurance when EMI options are granted.

What’s more, when your employees eventually sell shares obtained via an EMI share option scheme, they are liable for capital gains tax (CGT) at the entrepreneur’s relief rate of only 10%.

How your company can benefit

The number one benefit is that you will find it easier to attract and retain the most talented and in-demand employees.

There are financial incentives for your company too.

The costs of setting up and administering the EMI will be deductible expenses for corporation tax.

Also, after exit, the net market value of the options exercised by your employees may be an allowable expense, similar to expensing normal employee remuneration.

Qualifying companies are those which are not subsidiaries of another company, are UK based, have gross assets of no more than £30m, have fewer than 250 employees and must participate in a qualifying trade with a view to realising profits.

3 reasons you need our EMI expertise

Here’s why your company needs our expertise if you plan to use EMI:

The EMI rules are flexible – giving you options

The EMI scheme offers you considerable flexibility as to how the share options may be offered to your employees.

These options may, for example, be subject to certain performance conditions being met.

We can guide you to ensure the EMI scheme is as incentivising as possible.

The Tax rules are complicated

This involves liaising with HMRC, setting out the rationale for the proposed value.

The share options must be granted in accordance with the detailed and complex HMRC rules in order to qualify for the tax perks.

The whole point of establishing an EMI scheme is to incentivise your employees.

It’s therefore crucial that your appointed advisor is aware of the need to ensure that the employees understand that EMI options offer huge potential value.

What our Clients say 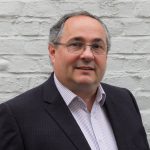 “It was a good day for our business when we found Metric. They have given us extraordinary support in many areas – everything from great bookkeeping to strategic advice.”

When John Maltman, CEO of the E Fundamentals’ Group, first met Metric, his business and its underlying software product were in their infancy. The software was still being developed and the business was pre-revenue. The Company’s investor base consisted of a small group who had been with the Company since it was formed.

John recognised that, whilst he had already formed a very experienced Board of Directors, given the business’ growth plans, he needed financial advice to strengthen the team. John engaged Metric to undertake the role of part-time CFO as well as the services more traditionally associated with a chartered accountancy firm, such as bookkeeping, management accounts, payroll, as well as financial statements and tax return preparation.

As John explained, “It was a good day for our business when we found Metric. They have given us extraordinary support in many areas – everything from great bookkeeping to strategic advice.”

Over the years, as the business has grown and developed, it has faced new challenges which Metric has helped to address:

The Group now looks remarkably different to when Metric first met John. The headcount has increased tenfold, the Group is now working with household brands and the company has become a group with international plans and two offices.

When asked what advice he would share with companies that are, for example, two years behind E Fundamentals on the life cycle, John’s advice is simple: “Hire Metric”.

What does it cost and what’s involved?

We can provide a complete Entrprise Management Insentive service for a fee of £3,000 plus VAT.

The process normally takes 5-6 weeks and has four simple steps.

We discuss your requirements and then advise as to how best structure the scheme.

Examples of points that need to be agreed include the number of options to be granted, the class of share, the performance criteria that will need to be satisfied (if any), and the period of vesting.

We will take you through the main points that you should consider, and we’ll provide advice as necessary.

We calculate the company’s value for EMI purposes and ensure that you’re comfortable with the approach adopted.

We’ll then apply to HMRC for approval and agreement. Certain documents would be required from you to support this valuation.

We draft the EMI contracts and supporting documentation.

We will ensure that the EMI agreements include the very latest HMRC requirements and take into account the recent case guidance.

Recording the grant of options

Once HMRC has approved the valuation and the contracts are agreed, we’ll provide you with a Q&A to support you and your employees through the granting process.

Once contracts are signed and options granted, we’ll electronically notify HMRC of the grant of options.

What makes us different

For many, the tech startup scene is about lifestyle choice and purpose. We feel the same way.

Involved in the disruptive community

We actively seek to interact and learn from the disruptive community in order to improve the ways in which we help.

We strive to provide quality advice which is good value for money and on fair payment terms.

Because we are specialists, we have developed strong relationships with a range of key players in our sector.

Ready to get in touch?

Unlike many accountancy firms, we have the specialist knowledge and experience to provide the tailored advice that your company needs.

We’re confident that our experience of helping Award Winning companies will ensure that you eliminate much of the pain – and costs – associated with operating your technology or high growth company.